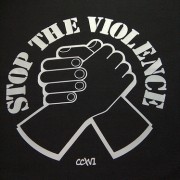 Racheal Kay Albers has become my hero for the week/year!!!

Sheena Vasani has written a great article highlighting the issue. Please click through to see the full piece if it grabs you like it grabbed me.

In her quest to achieve some semblance of justice in the world and in her own life, abuse survivor Rachael Kay Albers angrily sought refuge in feminism.

Until one day, she noticed an irony: In her aggressive approach to fighting for a more humane world, she was becoming like her abuser.

“I was becoming an angry, militant activist, simply participating in and replicating the greater cycle of violence,” Kay Albers said. “As I began to recognize some of my own abuser’s characteristics in myself, he turned from abuser to human. I started looking at these issues from a place of empathy and compassion.”

Like many social problems, gender-based violence stems from myriad root causes. From child abuse to cultures of violence, the intersections highlight how the common ‘oppressor versus oppressed’ narrative fails to paint the full picture.

Research conducted in 2010 by the International Center for Research on Women [ICRW] illustrates this complexity, demonstrating that a significant number of men who abuse their partners were themselves abused as children. The reverse is also true, by the way: most abuse victims do not go on to be abusers.

U.S. Rep. Jan Schakowsky (D-Ill.) referenced the study when she introduced H.R. 1340 – the International Violence Against Women Act – in early 2015. Unlike its failed predecessor in 2010, it emphasizes engaging and helping boys and men.

“The fates of the two genders are intertwined; for women to thrive, men and boys must be part of the gender equality agenda,” said Gary Barker, co-founder of MenEngage, in a column for New America.

You can read the whole article on Huffington Post