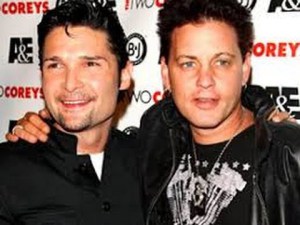 I read two articles today, one where Corey Feldman talks sexual abuse in Hollywood.  OWAIS TOHID talks about Mehmood. One boy from Pakistan, one from Hollywood, both with similar stories.

The similarity lies in the impact of sexual abuse on boys and its prevalence in both societies. Feldman in his interview with People Magazine made a heart wrenching statement that he could do nothing about those that hurt him and his friends, because it would bring HIM legal issues due to the statutes of limitations in California. In Owais Tohid’s article he talks about the fact that in spite of overwhelming evidence of a culture of rape of boys, some government organization and media outlets in Pakistan won’t touch the subject because it is simply not palatable to discuss them.

Now contrast this with Angelina Jolie Pitt’s incredibly successful work addressing the issue of the abuse of women and girls in war zones (it is an inspiration), it is mainstream and a conversation we are all willing to encage in.

In the preface to my book, No Working Title, I write:

Being a sexually abused man is difficult enough to talk about in our society. Being abused by your parents is just not the sort of thing you bring up at dinner.

In other words it is a conversation that men and communities at large are still reluctant to have. Why? There are lots of reason and theories, but lets not get bogged down there. Let us just start by admitting that we are not taking out the sexual abuse of boys and its impact and then let’s start doing what myself, Corey and Elijah Wood have done…lets start having these hard conversations. I encourage you to read the articles linked.

If you would like to play a role in advocacy on this subject, please contact me directly.