Psalm for the Broken 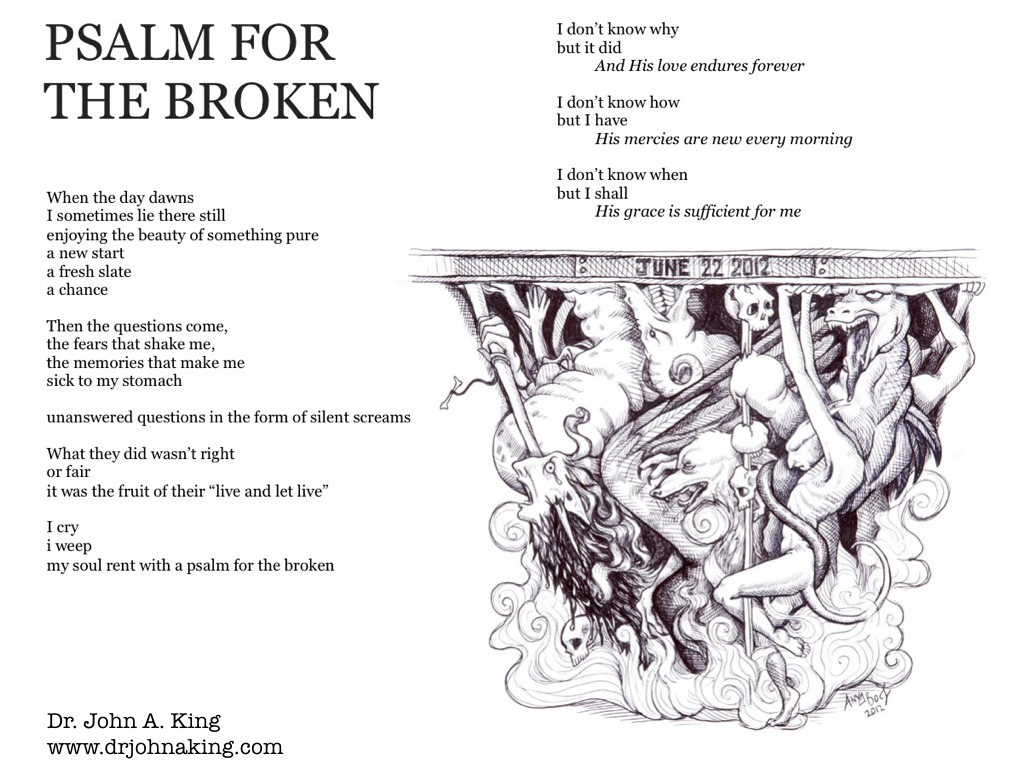 Psalm for the Broken was written at a stage when things where changing for me. I had come to terms with what had happened to me. I had accepted that I could never undo it, and I had to get comfortable with living with it, as it is truly a part of who I am as a man. I had to embrace it or die under the shame of it. I had to accept that there would always be consequences to bear because of the actions of others–actions that I had no control over.

I came to realize that though I had no control of the actions, but I had control of the consequences. I decided that continually asking the “Why?” question never helped anyone or resolved anything. From this acceptance and subsequent decision, came the courage to live present. Living present is what most people who have been through abuse never seem to do well. I choose to daily. Not just for me, but to show those that have been through a similar expereince that it is possible to rise from the ashes of adversity and to shine. That is my psalm for the broken.