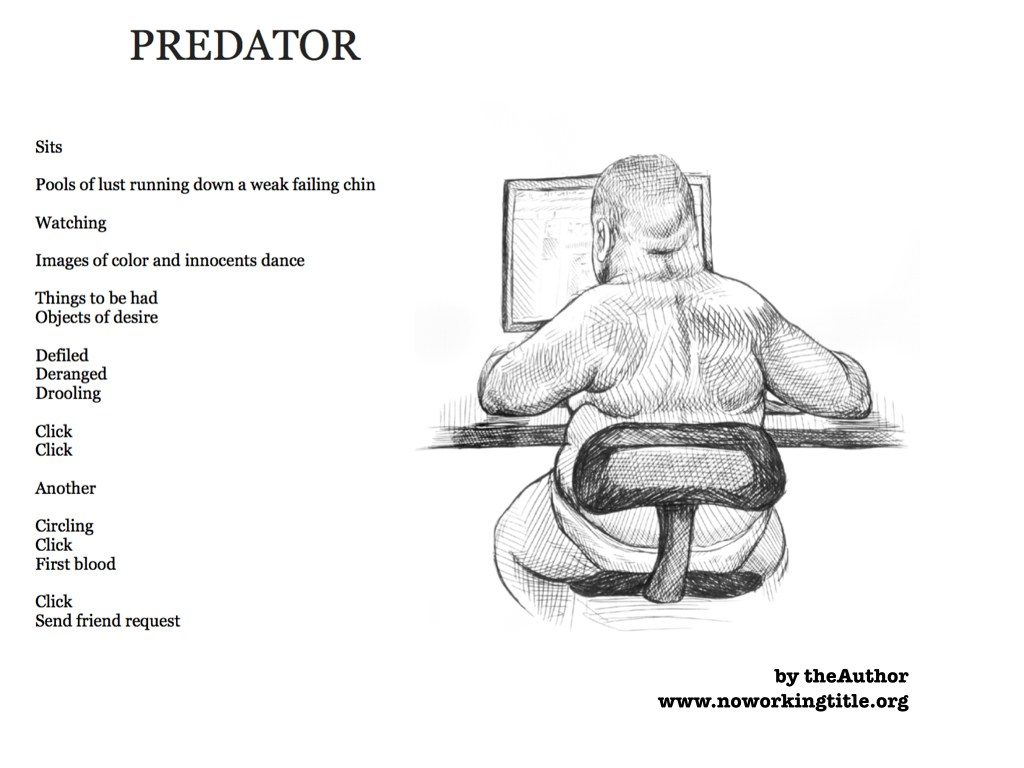 Interesting….as of today there are over 60 discussion groups encouraging incest, you find 4 groups when you search ‘naked teenagers”. if you search “teens only” there are hundress of groups that can be joined, filled with photos of semi-naked underage kids.

The Centre on Communication Leadership & Policy released a report in September 2011 stating:

Hundreds of millions of individuals use social networking sites. However, in contrast to the social benefits that Internet technologies provide, a darker narrative also has emerged. Social networks and online classified sites are being used by traffickers to market, recruit, sell, and exploit for criminal purposes.

Michelle Hannan, director of professional and community services for the Salvation Army, an organization that has long been involved in helping human-trafficking victims, said in an article in the Columbus Dispatch;

12 to 14 is the average age that girls get lured into prostitution. While traffickers can reap $500 to $1,000 a night from each girl, she might get “a trip to McDonald’s or get her nails done.

$99 million: Value of the illicit sex market in Dallas

1,000: Number of calls the Center for Missing and Exploited Children receives a month about child sex trafficking

1 out of 7: Proportion of children reported missing in 2013 who were probably victims of sex trafficking

30: Percentage of teen girls who report being sexually harassed in chat rooms

15: Percentage of teens who have received sexually suggestive texts or images